Max Richman (@richmanmax) is a statistician and data scientist currently working with GeoPoll in Washington, D.C. and volunteering for DataKind. 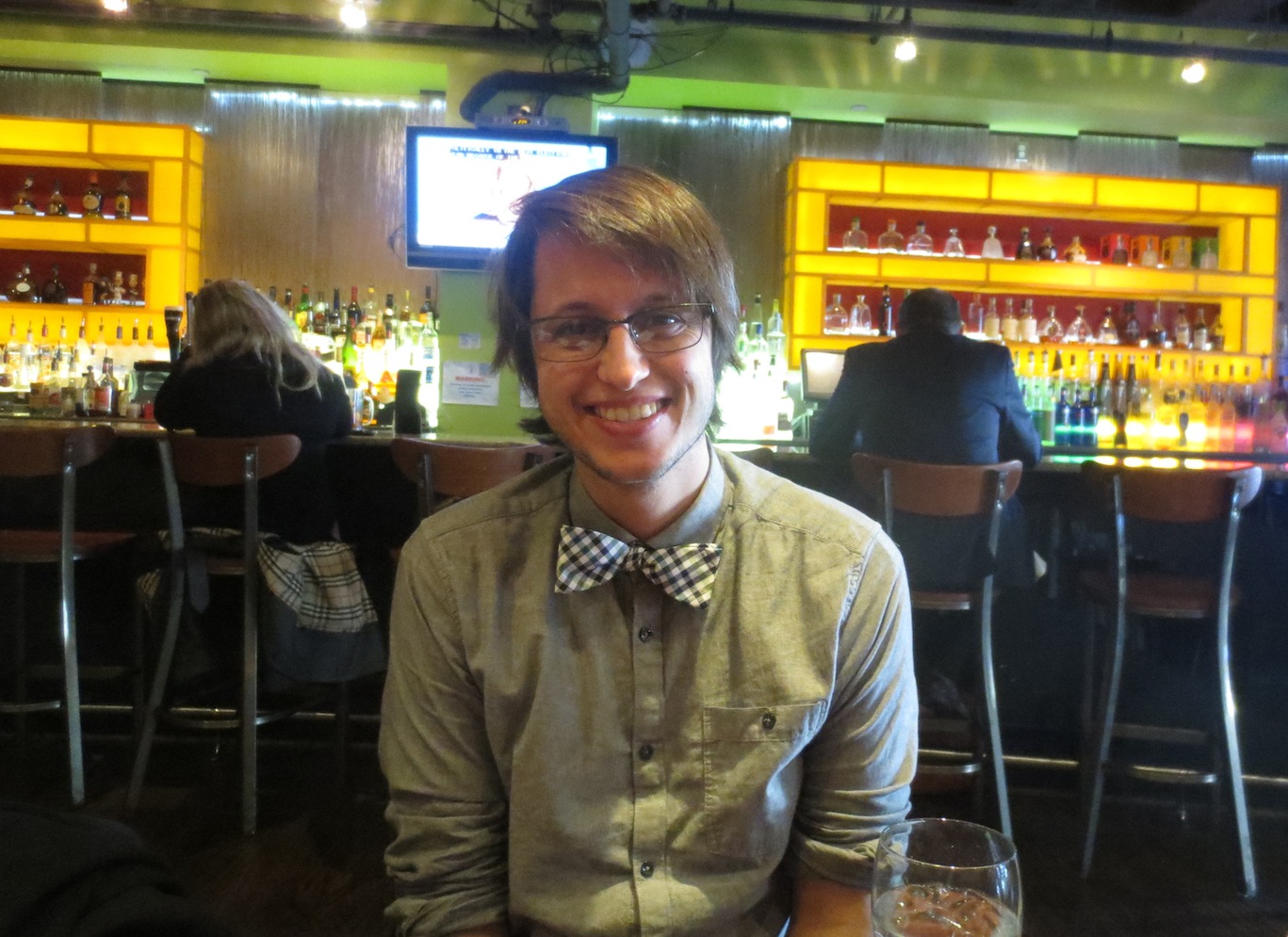 Max Richman on "bowtie Thursdays" while out to lunch at Mai Thai in Dupont Circle, Washington, D.C.

There's a wide spectrum of when software developers learn to program. At one extreme of the spectrum there are programmers who learn to use computers when they are very young. One the other end there are programmers who learn later in life out of necessity. Max's path into progamming begins closer to the second extreme while working on his Master's degree in statistics.

Max's first exposure to programming came during undergrad at George Washington University with a course that was taught in Delphi Pascal, but it wasn't until his Master's program at the London School of Economics (LSE) that he fully engaged with software development. At LSE Max did significant programming with Stata, SPSS, and other statistics-first languages. He also wrote web scrapers to collect unstructured data from the web.

GeoPoll is Washington, D.C.-based research and firm that conducts surveys through mobile devices. The mobile approach is particularly useful for collecting data from third-world countries where mobile phone adoption rates are high but other communications infrastructure is sparse.

Although overall mobile adoption rates are high in third world countries, many phones are feature phones instead of smartphones. Therefore it is critical that surveys can be conducted through text messages and interactive voice response (IVR) because mobile apps are rare on feature phones. GeoPoll uses Twilio's telecommunications platform combined with their custom software to collect survey results through text messages and IVR answers.

DataKind is a volunteer organization based in New York City that pairs data scientists and non-profit organizations together to create data science solutions to problems those organizations face when working to achieve their missions.

One recent project Max was involved with at DataKind was for DC Action for Children. The specific project combined poverty data with geospatial mapping tools to visualize childhood well-being in Washington, D.C.

The combination of data science, geospatial mapping, and the latest software development tools with a philanthropic mission is still rare. Hopefully efforts like the one Max undertook with DataKind and DC Action for Children will inspire others with the capabilities to take on similar positive causes.

Learn more about Max's projects on his blog and on GitHub.

If you liked this post you should check out my interviews with Python software developer Andrew Baker and Fletcher Heisler of TrackMaven.