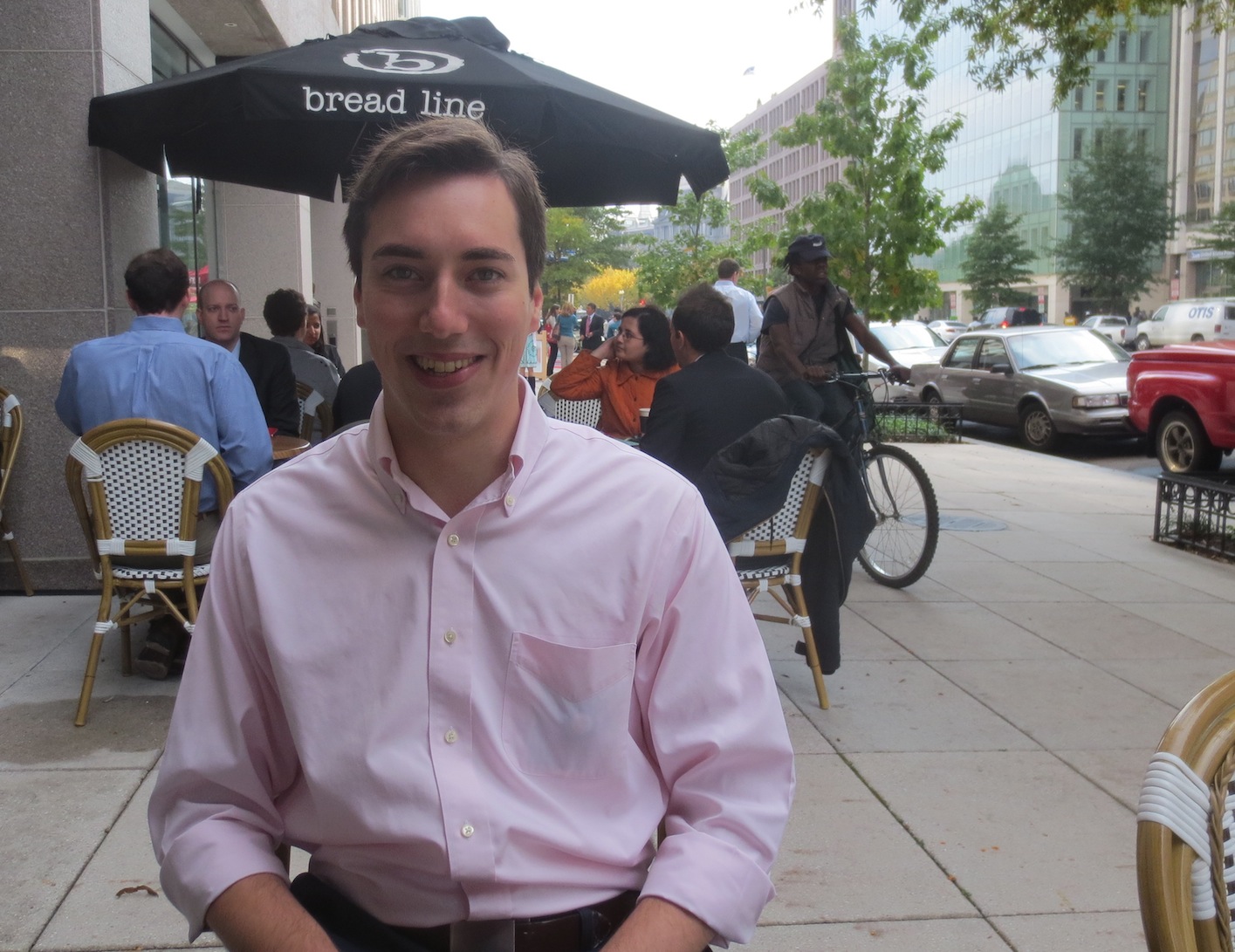 Andrew Baker while out to lunch in the Farragut West area of Washington, D.C. at Breadline.

Andrew is currently working on the continuous deployment pipeline at the Consumer Financial Protection Bureau (CFPB). Significant technical debt accrued in CFPB's technical infrastructure over the past several years while standing up the agency. Reducing that debt and enabling future projects to deliver faster are the main goals for Andrew's most recent work.

Developers at CFPB are using several tools to figure out where the technical debt is located in their code and the development process. The CFPB team has Jenkins continuous integration set up to constantly check syntax with pep8, perform static code analysis with pylint, and determine code complexity with radon. Andrew and the rest of the the team can then use the output of those tools to determine where to spend their efforts refactoring the code to reduce the debt.

Andrew says he's recently had a lot of fun playing with Docker on side projects. He found out about Docker through a talk he saw at DjangoCon given by Ken Cochran (@KenCochrane). From there Andrew went through the Docker "Getting Started" tutorial and Python examples to get his own hands on experience with the software.

While there are still a few rough edges the software holds a lot of potential for opening up programmatic manipulation of lightweight virtualization to mainstream developers.

While at the University of Virginia (UVA), Andrew double majored in Computer Science and Foreign Affairs. He also served as Editor-in-Chief of The Cavalier Daily, UVA's award-winning student-run newspaper. It was at The Cavalier Daily that Andrew was first exposed to Django, which at the time ran the newspaper's website (it was later migrated to a different tech stack).

After college Andrew worked for Accenture programming Java and SQL applications. That experience combined with his Computer Science degree from UVA allowed him to be successful programming with Python after moving to Excella Consulting. He now works with the Python stack full time as well as with side projects such as his technical blog.