Fletcher Heisler, Author of Real Python and Developer at TrackMaven

Fletcher Heisler (@fheisler) is the author of the Real Python lessons and currently a Python developer at TrackMaven, based in Dupont Circle, Washington, D.C. 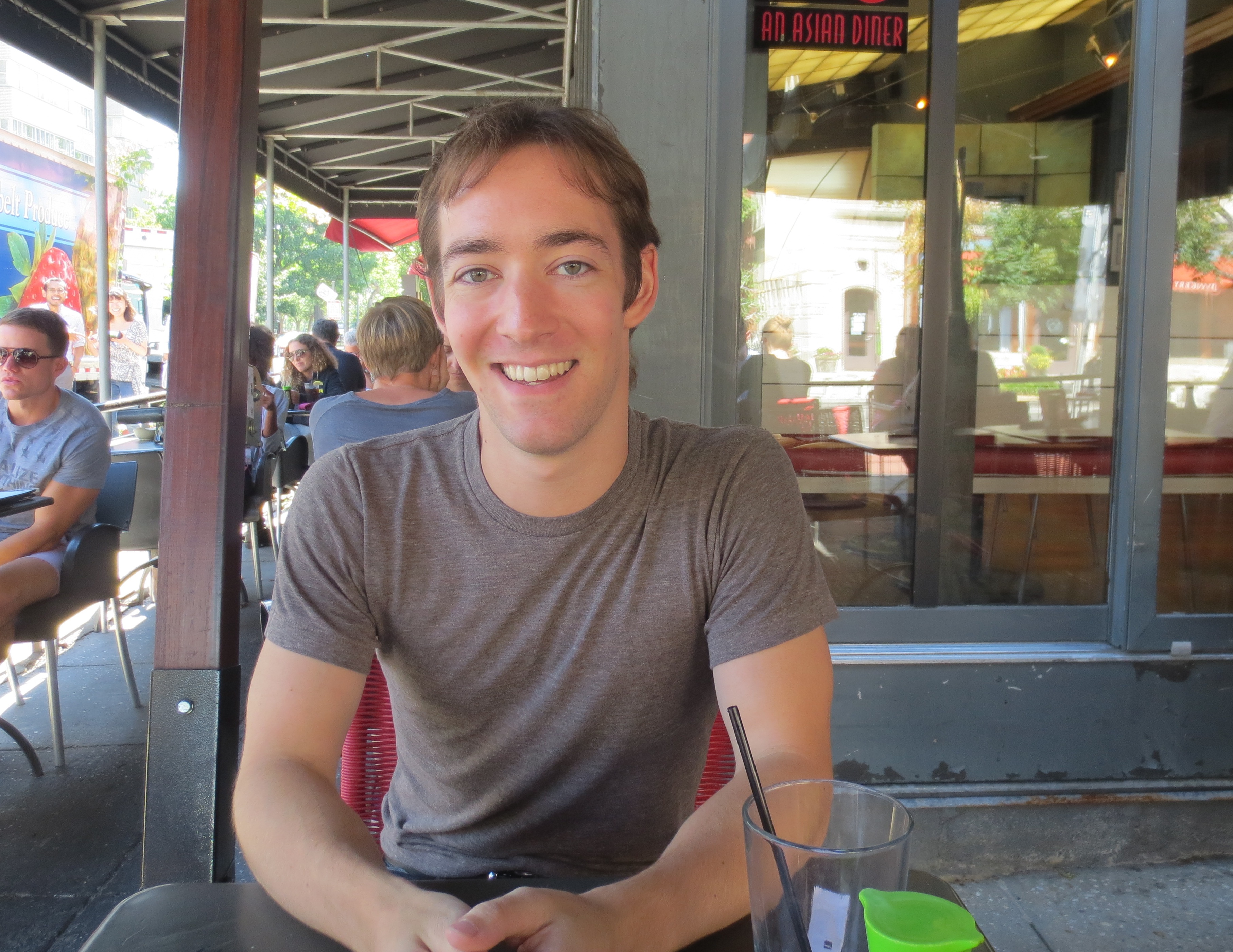 Fletcher Heisler while out to lunch in Dupont Circle at Raku.

Fletcher's currently working on scaling TrackMaven's increasingly popular competitive marketing analysis service. Much of TrackMaven's processing is done on Heroku's PostgreSQL database servers. He's evaluating how much of that processing can be moved to in-memory datastores such as Redis or NoSQL options such as Basho's Riak.

Much of TrackMaven's service is powered by Python / Django web applications running on Heroku. Heroku makes scaling a web application easy initially but can become cost prohibitive with a large number of dynos, addons, and databases.

Fletcher also works with a few Linode instances that are part of TrackMaven's infrastructure. He and Matt Camilli are working with and evaluating AnsibleWorks AWX for deploying, scaling, and maintaining more traditional LAMP servers that could in some cases replace Heroku.

Fletcher took an interesting path into programming and has only begun started web development in the last couple of years. Fletcher began using Python while in academia, but not in a computer science department. Learning the basic syntax and how to cobble together various libraries provided a "gateway drug" into the web development world.

Real Python started as a wildly successful Kickstarter campaign. The initial funding goal of $800 was far surpassed by the eventual $21,150 worth of pledges.

Real Python now has four parts: Python syntax, web development, tool and topics, and projects. Further sections on data analysis or interesting projects with Arduino and Raspberry Pi may be added in the future.

At a hackathon in D.C., Fletcher met Allen Gannett, TrackMaven's founder. Although Fletcher considered working full-time on Real Python, the opportunity to get in as a developer at the beginning of a very promising startup seemed too great to pass up. Since then Fletcher's been working on building out the TrackMaven product and meeting the scaling challenges due to high customer demand for their competitive marketing intelligence product.

Be sure to check out TrackMaven's Pembroke Welsh Corgi mascot Maven, probably the best tech startup mascot I've seen anywhere in the US.

If you liked this post you should check out my posts on the four types of cities' startup tech scenes and my offer to fellow software developers visiting Washington, D.C..