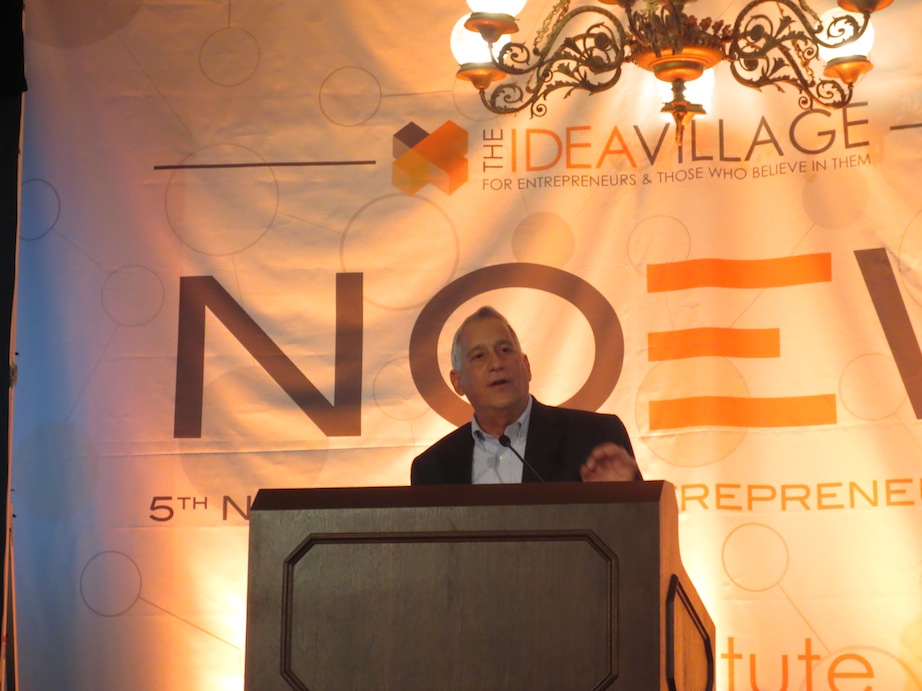 Business driven by new technology defines New Orleans' history. In the early 1800s, Eli Whitney's cotton gin created great fortunes for entrepreneurial city residents. During the 1830s and 1840s New Orleans was the wealthiest city in the United States with the third largest population. Walter defined this era as the "first wave" of entrepreneurship.

The New Orleans Cotton Exchange, migration of Italians to the city, and the rise of literary culture during the late 1800s drove the second boom. The literary culture created a mythology around the city as a place to capture the imagination. Novel cuisines were created and the modern cookbook was invented in the city. Writings of the era created visions of what New Orleans could become and defined ideas about the city's exceptionalism.

The Industrial & Cotton Centennial was the peak event of the second entrepreneurship era. The Centennial also represented the beginning of New Orleans' decline compared to where it had been. Isaacson highlighted that the city's history during the 20th century was marked by segregation. Wealthier residents moved out to the suburbs and the migration accelerated with the creation of the interstate highway system.

The core NOLA integrated diversity experience was disrupted by urban flight. Segregation destroyed much of the unique diverse culture in the city.

The Third Wave Is Now

The phrase both spoken and written across clothing during NOEW was "ride the third wave." After Hurricane Katrina in 2005 there was an outpouring of support volunteers and non-profits from across the United States.

Walter brought up a specific example from when he was running Teach for America. There were 250 Teach for America fellows in New Orleans when Hurricane Katrina hit. The public school system was devastated. Out of 250 fellows offered positions in other cities, 250 declined the offers. They instead stayed in New Orleans to help the rebuilding process.

That enduring spirit, as well as many of the original volunteers, remain in New Orleans today. Isaacson warned though that a key piece of the third wave is to not only rebuild the education system but make it better in every way.

Education is critical to the city's third entrepreneurial wave. Fortunately, organizations such as 4.0 Schools are working to innovate in the education space.

Isaacson told a story about when he talked to Steve Jobs during research for Jobs' biography. Steve said that engineering without art creates cold, emotionless products. Only when engineering intersects with art can beautiful products that enhance people's lives be created.

Art is made from combining diverse influences. New Orleans' history and its recent resurgence after Hurricane Katrina provides an opportunity for the city to use its rich art scene with engineering.

When groups from diverse backgrounds come together to tackle a problem, each person brings a different perspective for solutions. Diversity prevents groupthink and vets ideas from multiple angles.

New Orleans' diverse population groups, like its rich history of art, create the potential for a culture where entrepreneurship is common. IdeaVillage and Launchpad New Orleans provide an initial foundation for New Orleans to make the dream of the third wave a reality.

If you liked this post, see my posts on how to plug into New Orleans' entrepreneurship scene, and 4.0 Schools' companies pitches during NOEW.