Tim O'Reilly came to the Consumer Financial Protection Bureau (CFPB) on Thursday, February 14th. Tim discussed a range of topics centered on open government and transparency. I attended Tim's talk as part of the greater Technology & Innovation team although he primarily came to talk with our new design and technology fellows. I thought it would be interesting to share his ideas with a wider audience. I've grouped the topics together in this post around the ideas - the ordering here is not necessarily how the discussion was structured. There were a lot of questions that directed the conversation. Any errors and omissions are mine.

Government as a Platform

The US government can often create the greatest public benefit by building platforms that citizens and the private sector can extend. A widely-known example is GPS. GPS was initially built by the military and then later opened for public use. The applications that are now possible for navigation and positioning would not have been possible if the military alone created the end user applications.

Open source is a key part of government as a platform. Luckily CFPB has already open sourced applications on Github. The agency is hoping to open source even more software, particularly the internal communication and collaboration tools we've built over the past couple of years. I developed many of those projects so if they are open sourced I'll be sure to write posts about the best ways to build on top of them (they are written in Python and Django). 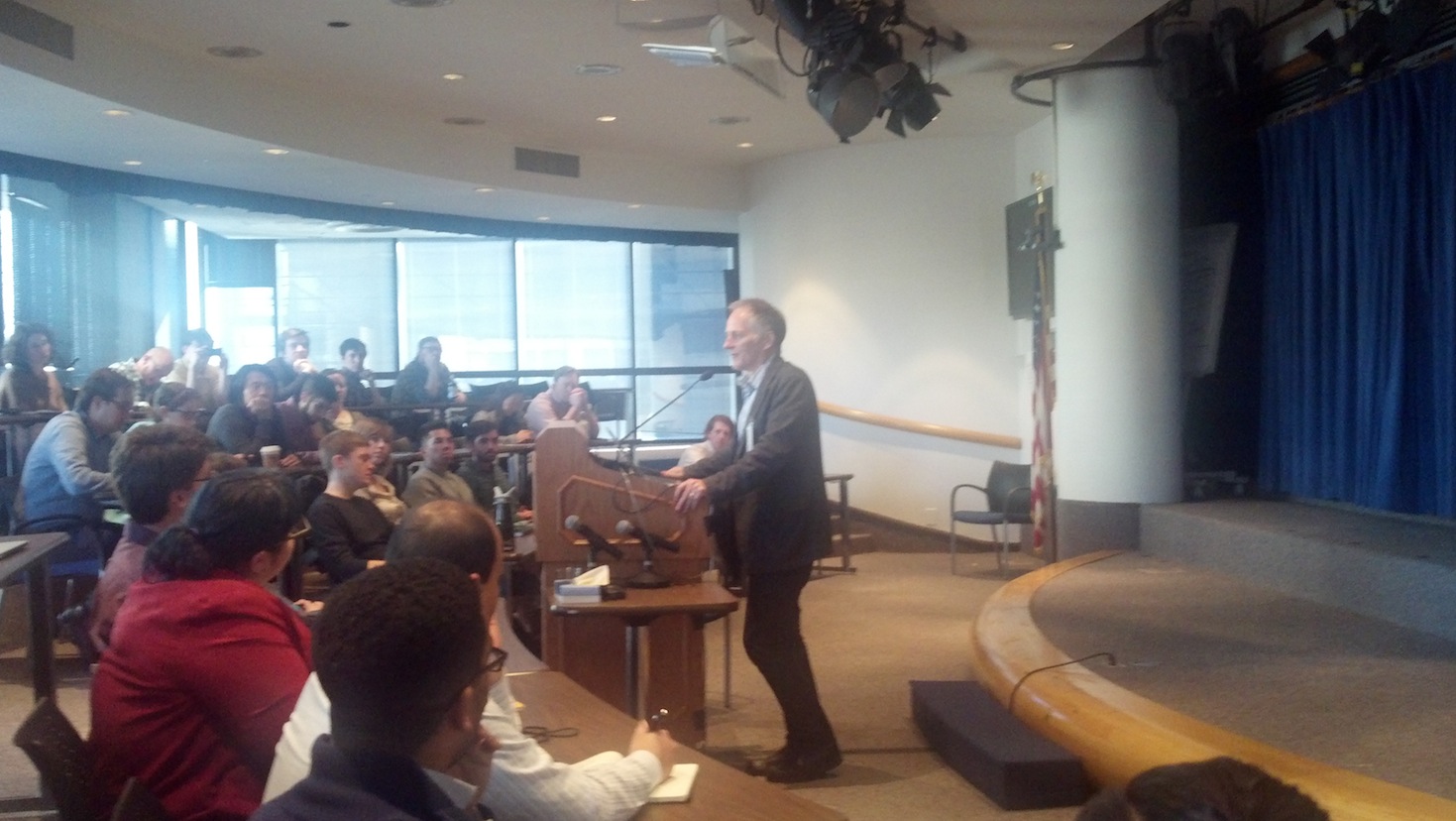 Tim exhorted the Fellows and other CFPB public servants to always remember to serve the People. Sometimes we get caught up in daily tasks and petty inter office politics. Always take a step back and realize we serve a greater purpose.

CFPB should broadcast achievements as the agency executes its mission. Hold people up as examples and heroes so others want to be like them. The public needs to know and understand that great work is being done in many parts of the government. Stories about individuals that are relatable and memorable bridge the gap between nameless, faceless agencies and the public servants who work hard to achieve an agency's mission.

The "Next Big Thing"

One of the CFPB fellows asked "what's the next big thing" along the lines of Web 2.0. Tim explained that there is never just one major thing. Generally several novel or materially improved technologies combine to create "the next big thing." Today, the two technologies on the horizon that have the potential for great change are pervasive sensor networks and new techniques for large scale data analysis - "big data" is the term being thrown around.

One example of how sensors, data, and large scale analysis combine came from Tim's discussion with Peter Norvig at Google. Peter described Google's self-driving cars as a triumph of memory, not algorithms. The process of mapping the roads for Google Maps allowed large scale data collection that could be analyzed. The outcome of that analysis (which is ongoing, not a discrete one-time process) combined with brilliant engineering leads to capabilities for autonomous vehicles.

Tim discussed how technologists have an opportunity to get ahead of policy makers. We in the software development community have a responsibility to show how technology can be used for good. We also must warning against the dangers that can arise from misuse.

I find topics of government as a platform and what the government can do to encourage technology entrepreneurship fascinating. These are major themes for this blog over the next five months as I travel to 30 cities around the United States and interview other developers. Within the next day I'll have Friday's interview with HumanGeo posted. Next up is WiserTogether.