I took a quick trip out to San Francisco on November 7-9. While I had some downtime I walked around a bit and took some pictures. Here are the best ones I snapped during my brief tour around downtown.

Downtown skyline of San Francisco during the day 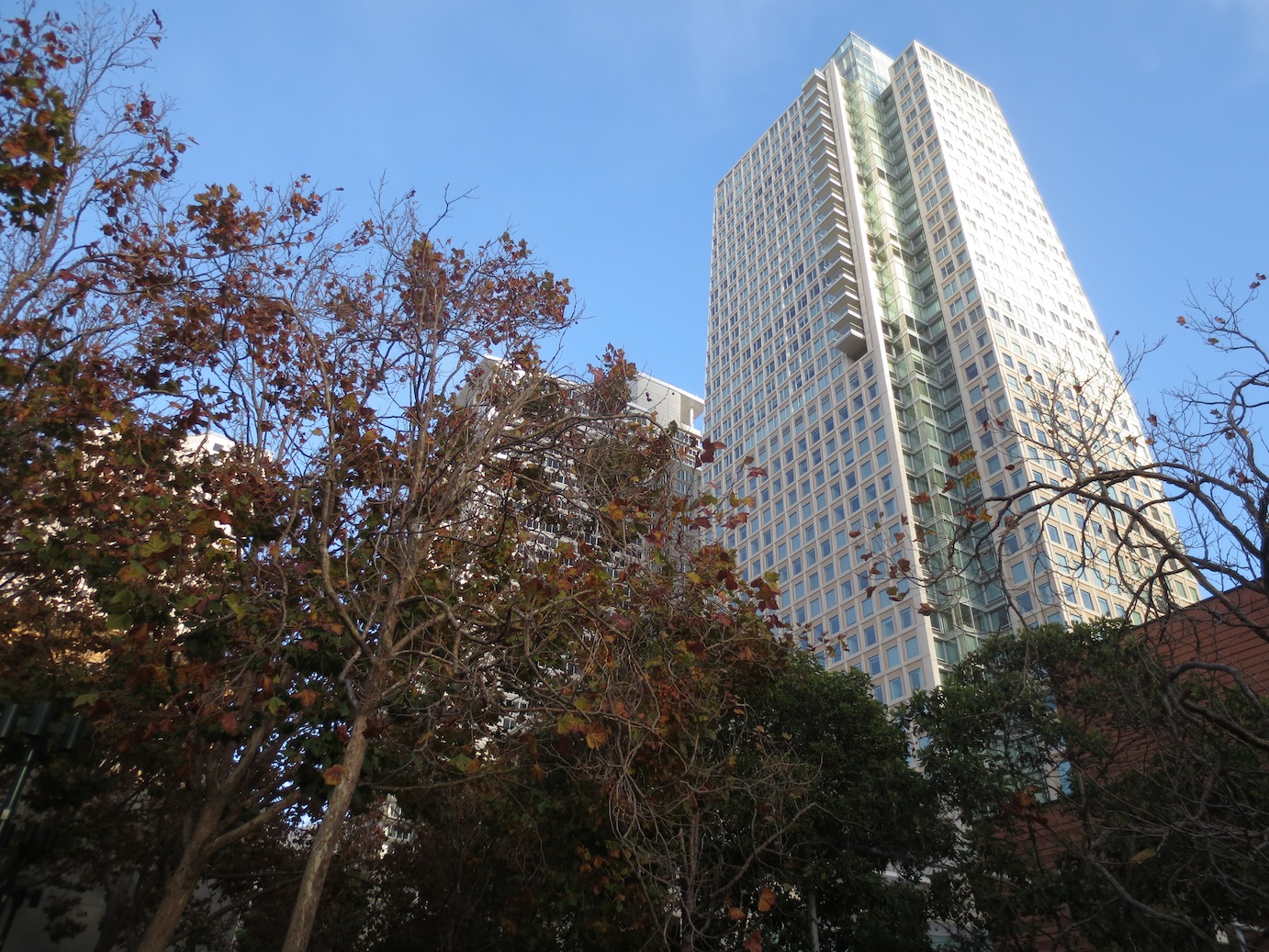 Looking up at one of the buildings from the park 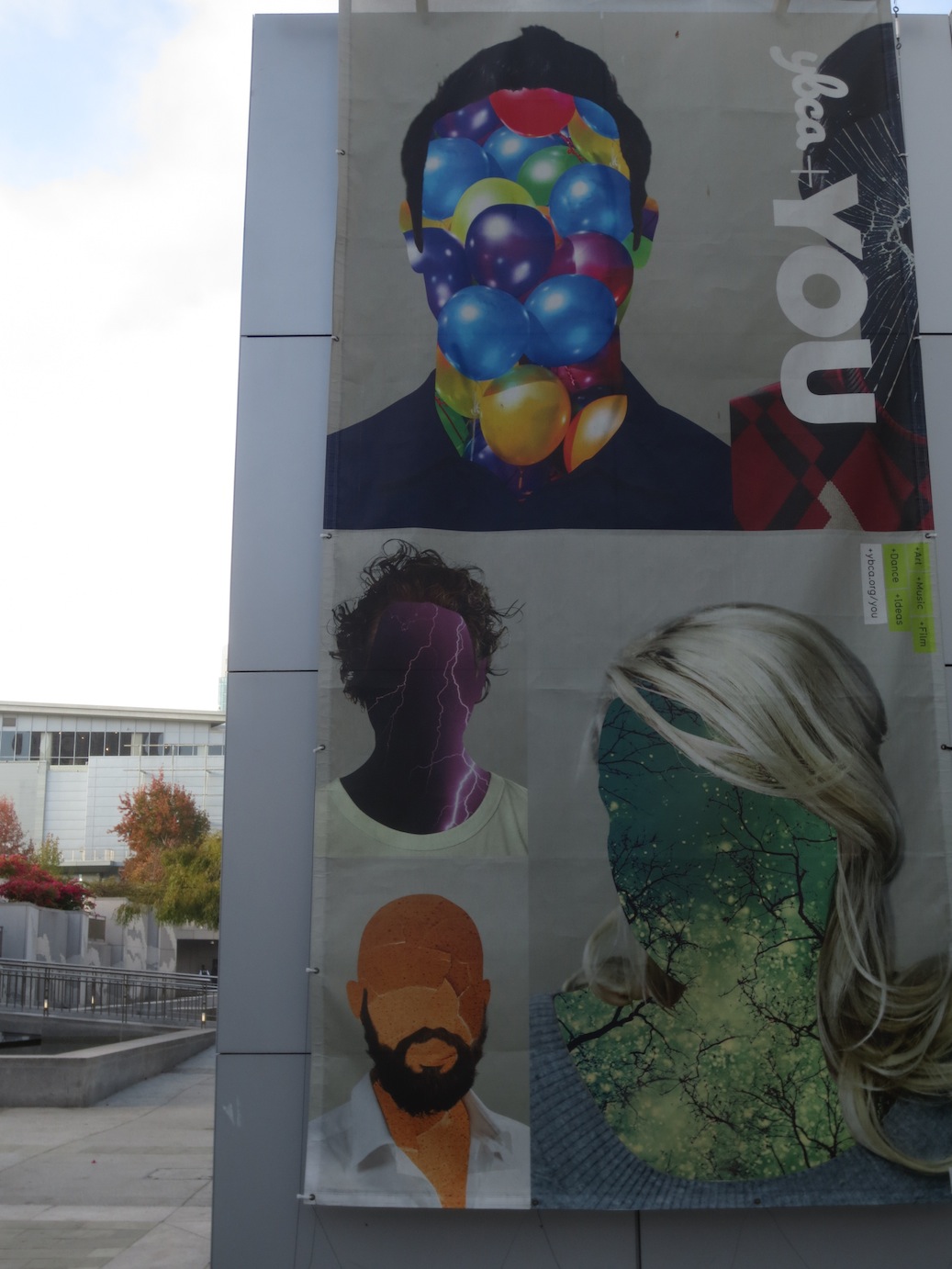 Artwork at the park 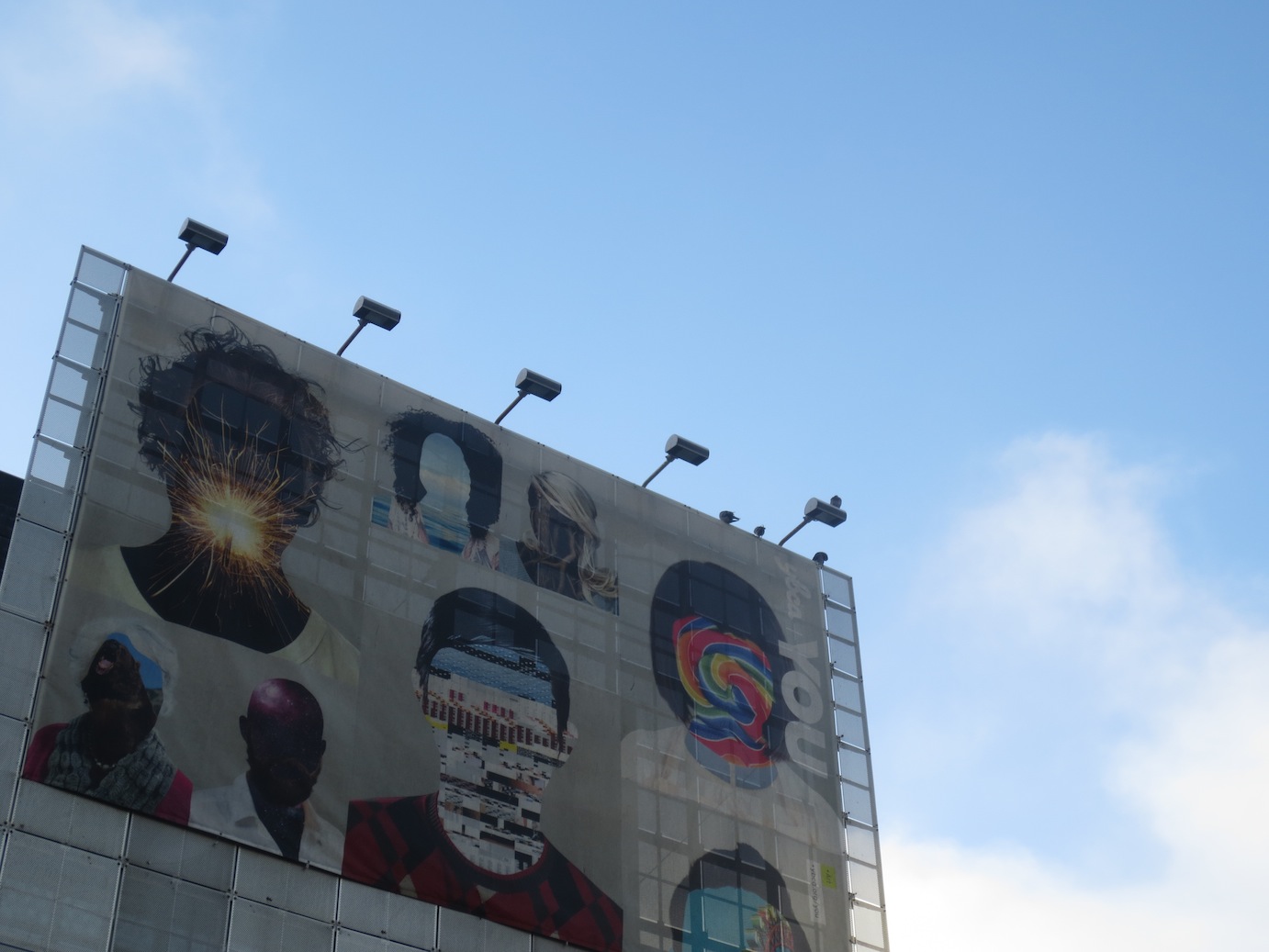 Art billboard in the park 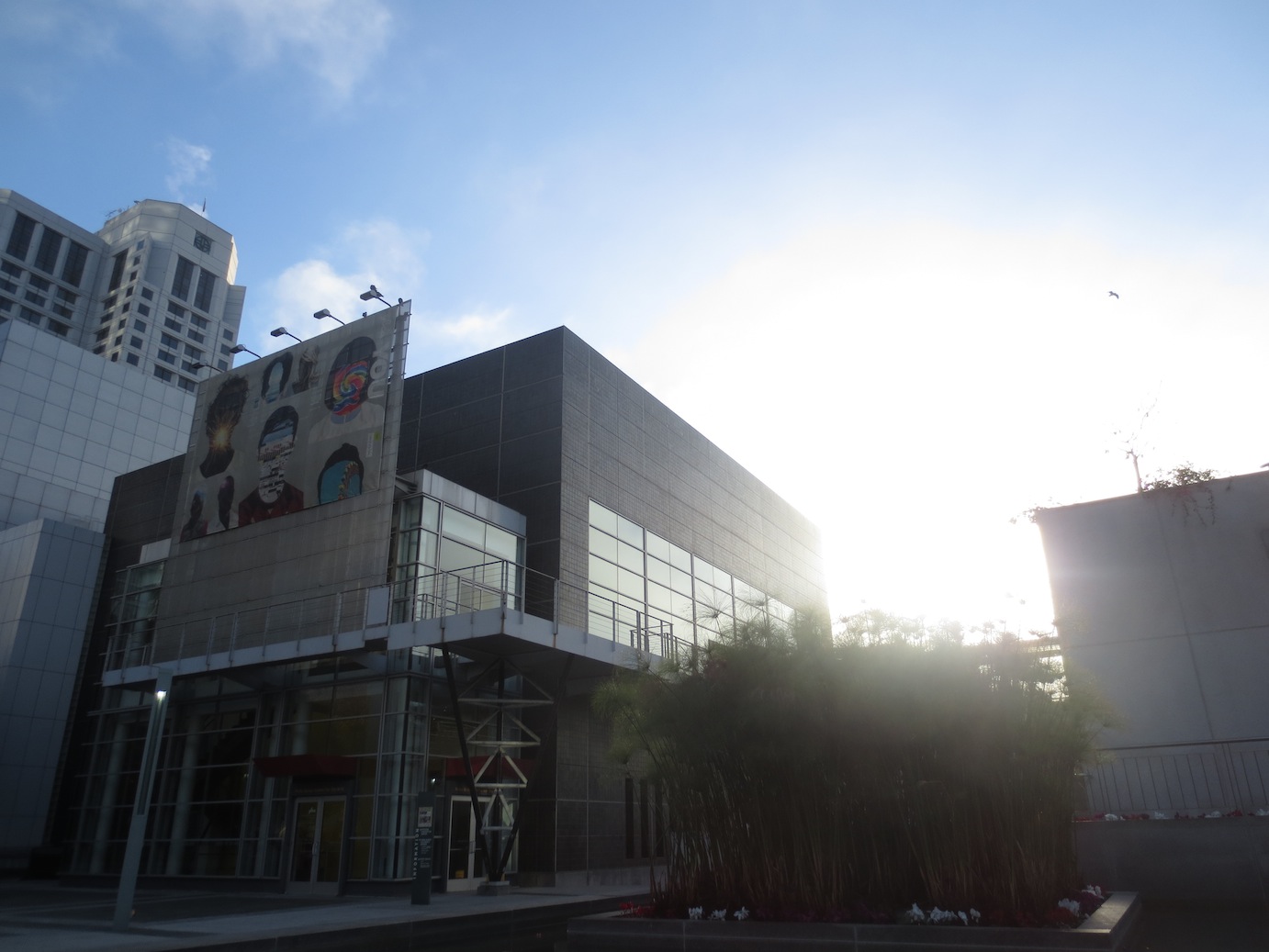 Another shot of the billboard with the building for context 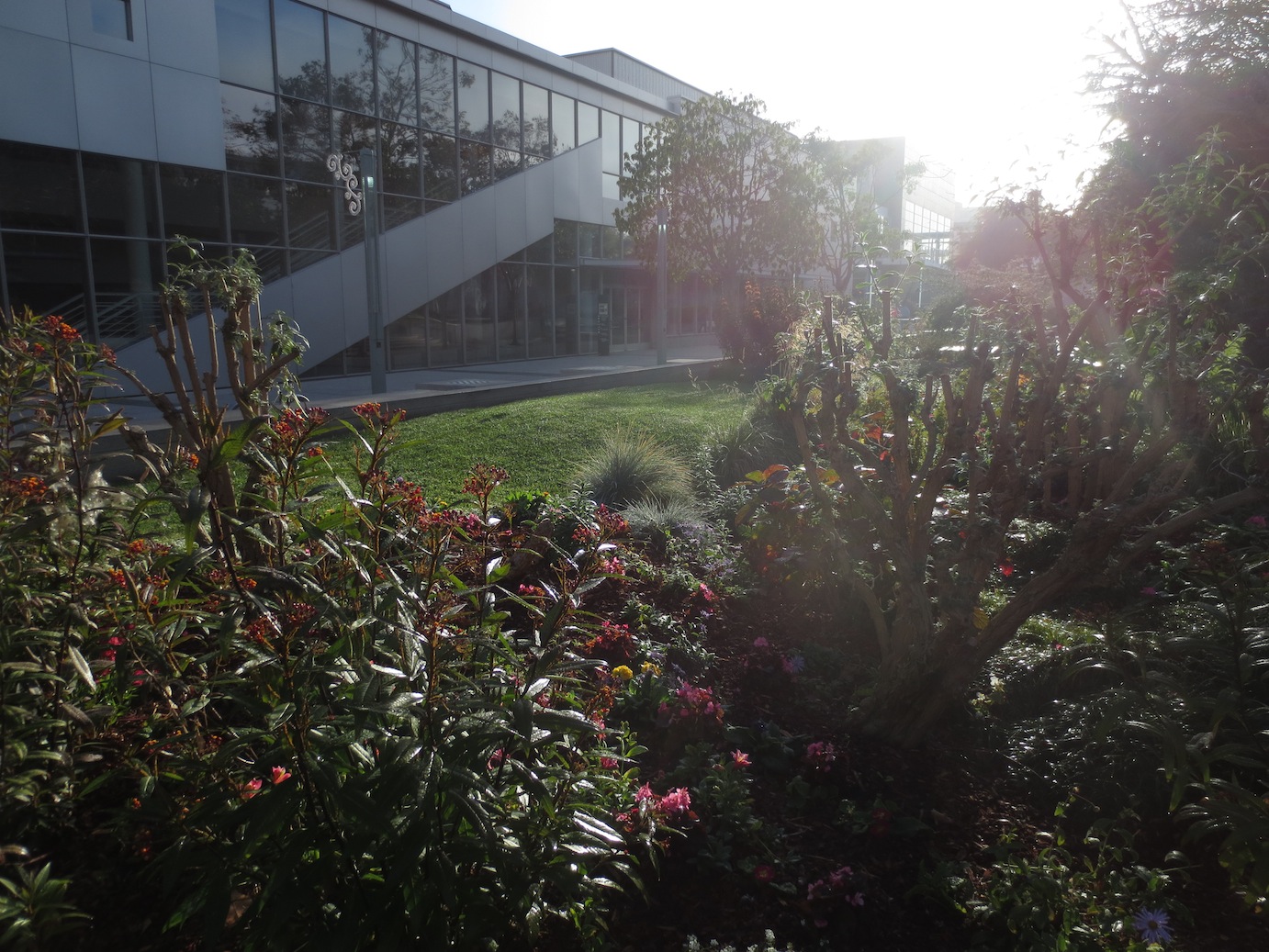 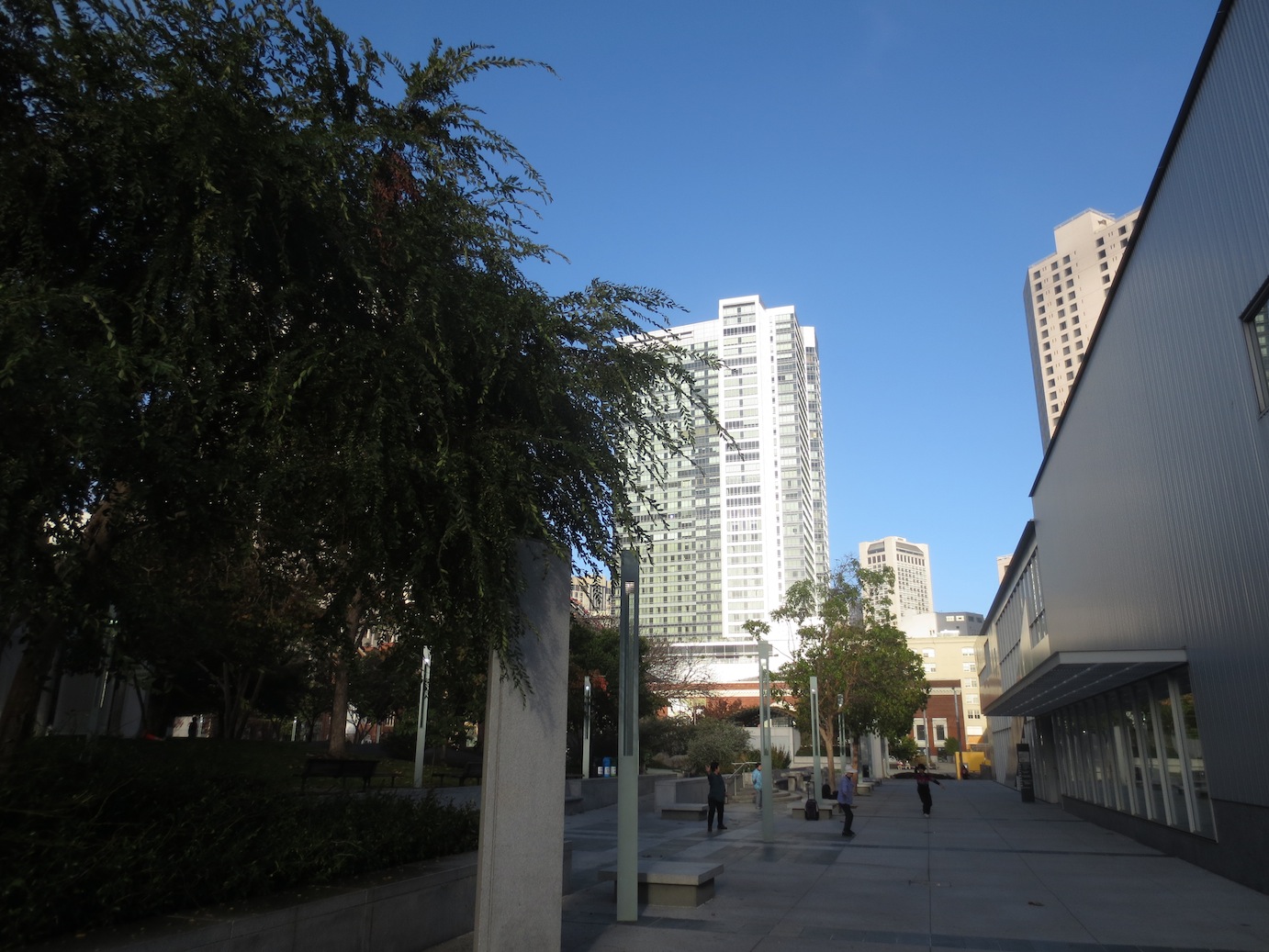 People doing yoga at the park 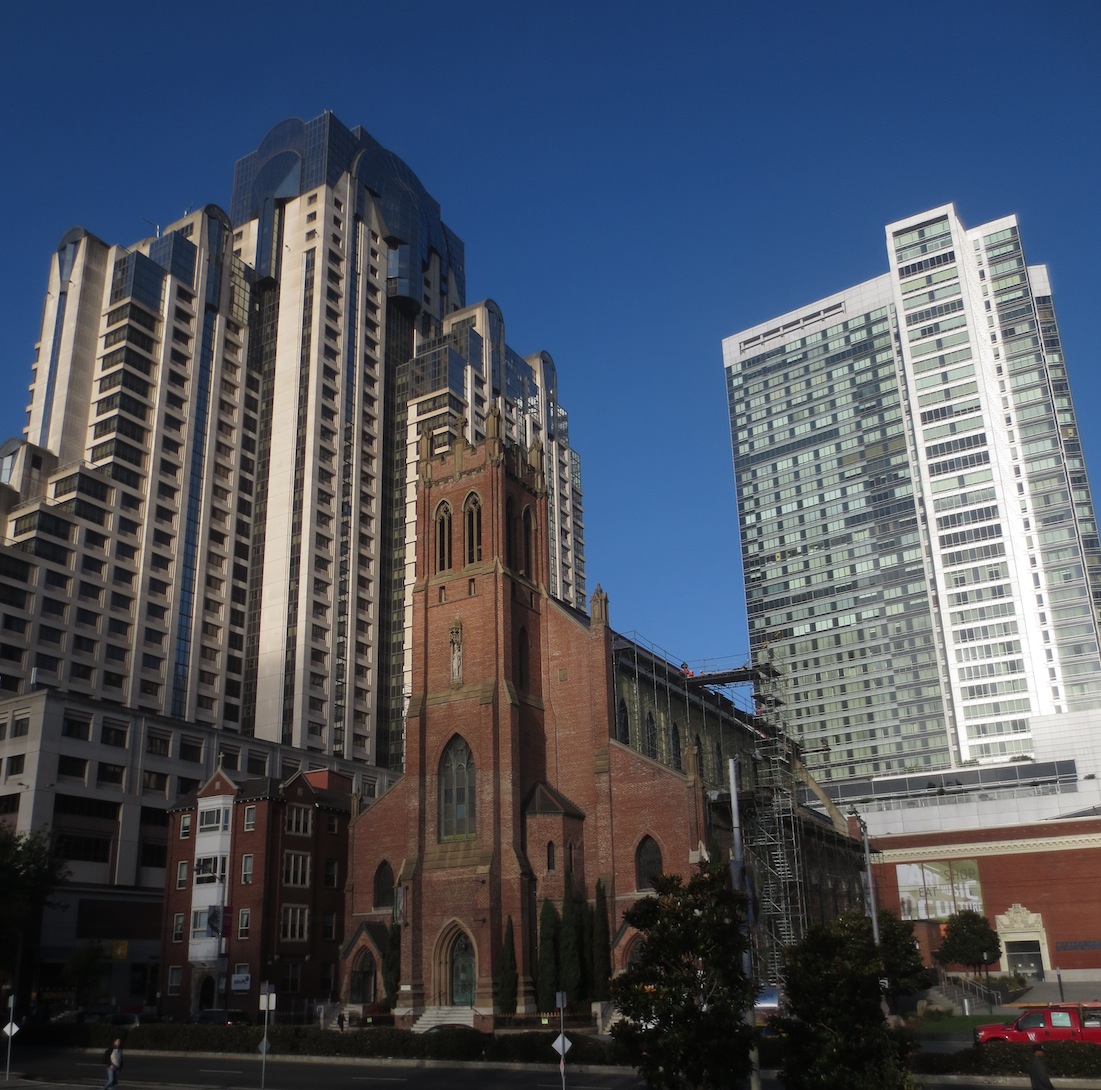 A church downtown contrasted with residential and business buildings 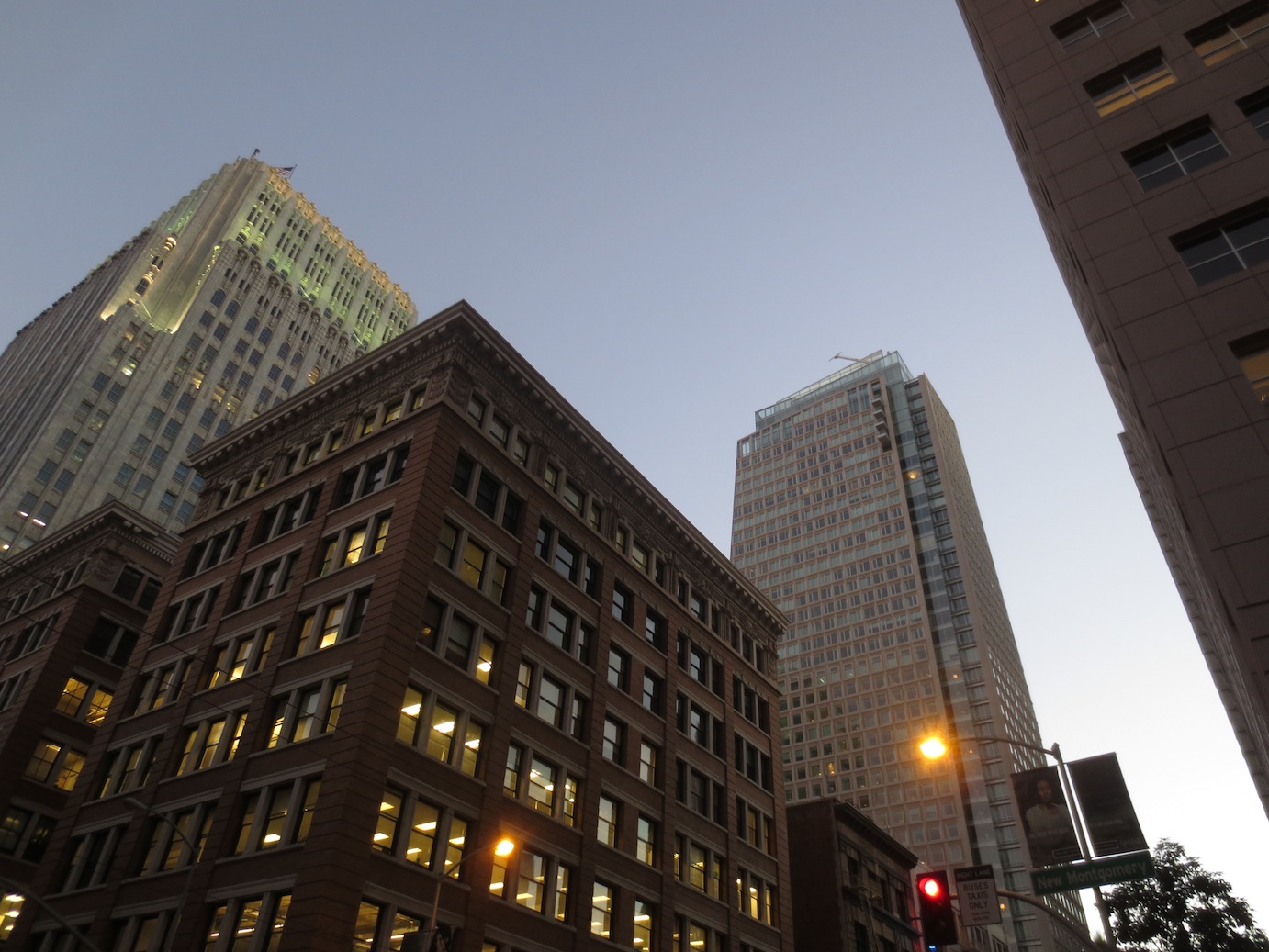 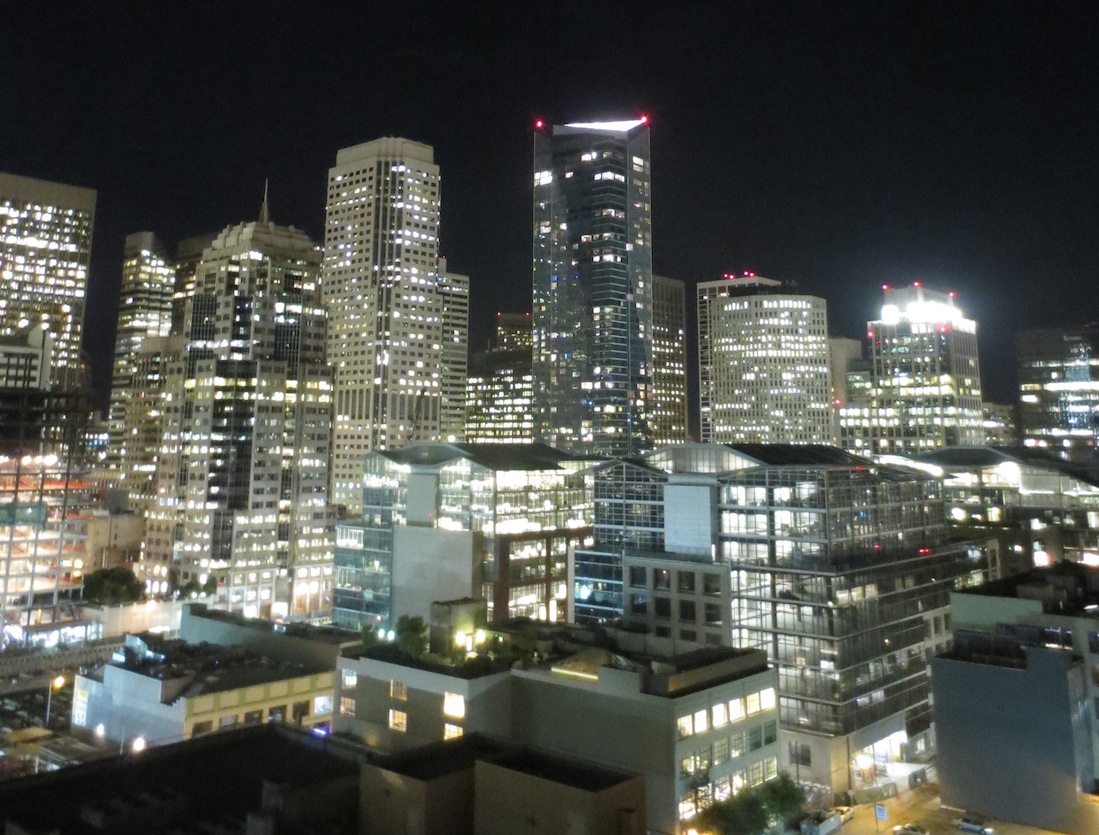 Part of the downtown skyline of San Francisco at night

If you liked these pictures you should check out my other photos from Austin as well as some of my pictures from Portland my road trip.