Washington, DC is most commonly associated with politics but it has quite a technology scene as well. I'm taking advantage of as many of the events I can attend before hitting the road in March. Today is DC Python's group coding session at SocialCode.

Developers are working on projects such as scientific and numeric analysis with NumPy and SciPy, geographic information systems, a Jenkins-based software-as-a-service platform that runs off Amazon Web Services, new Python commandline tools, and some PyGame projects.

I did writing on the web frameworks section of Full Stack Python.

Here are some pictures from the event. 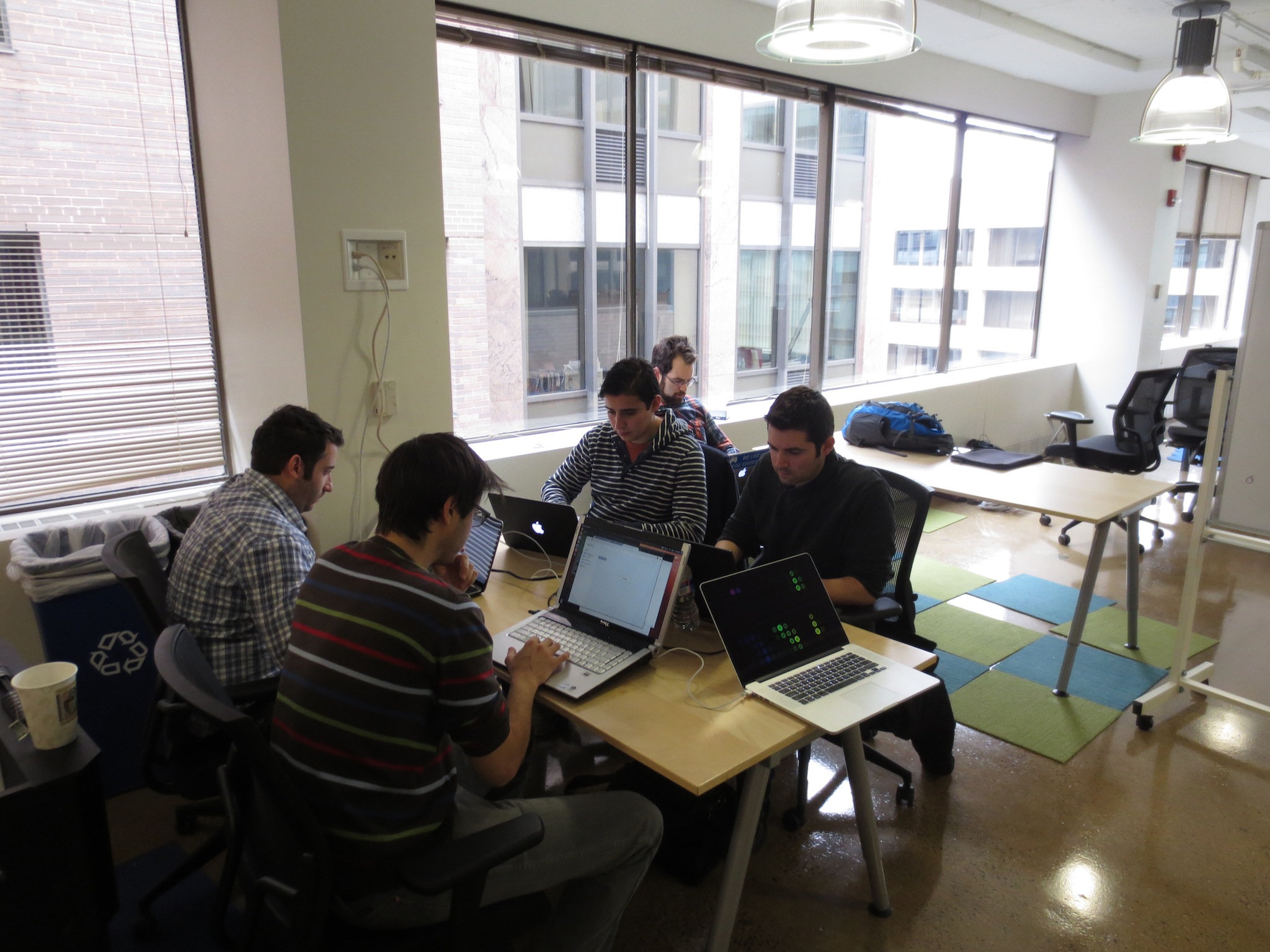 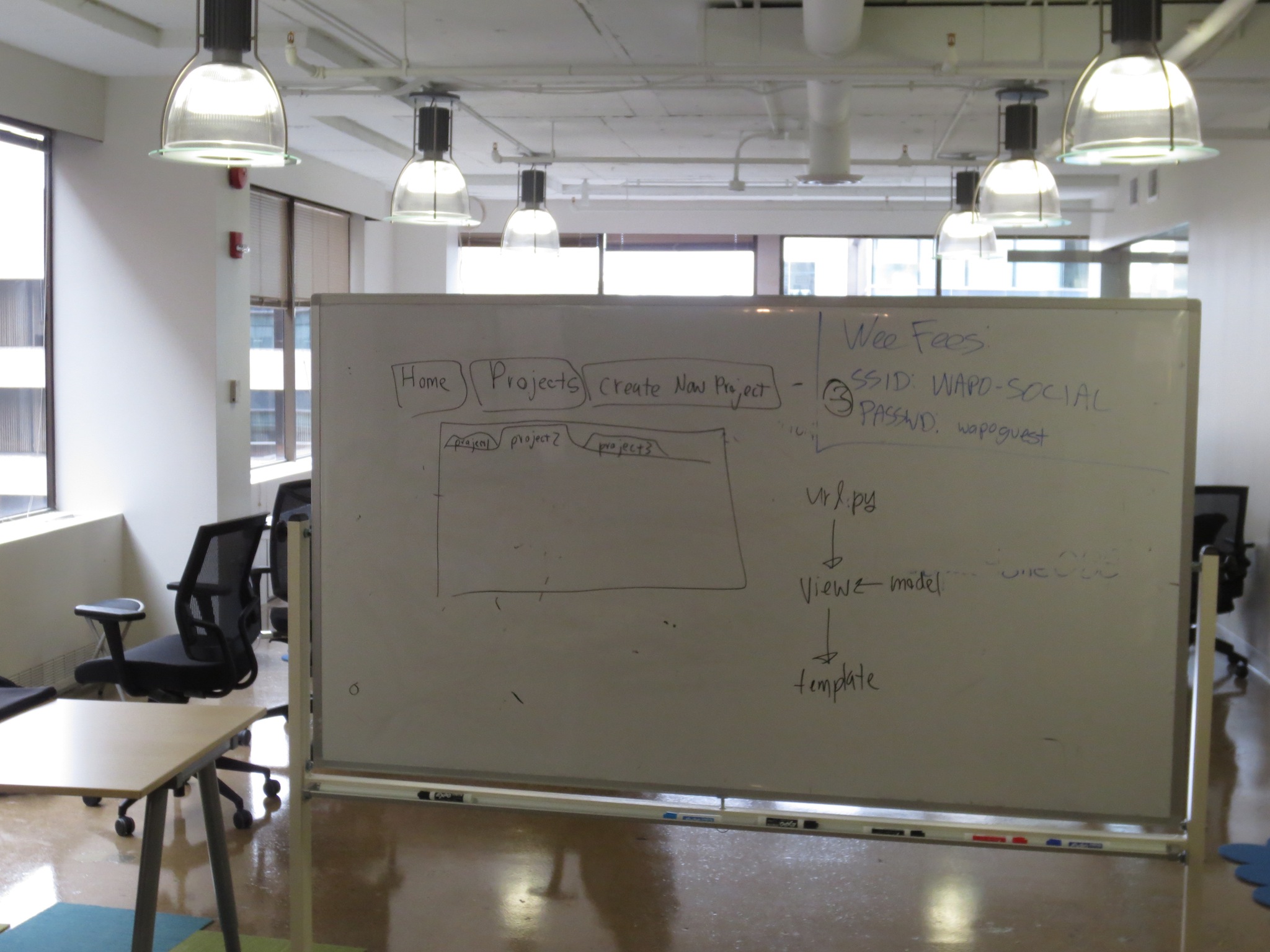 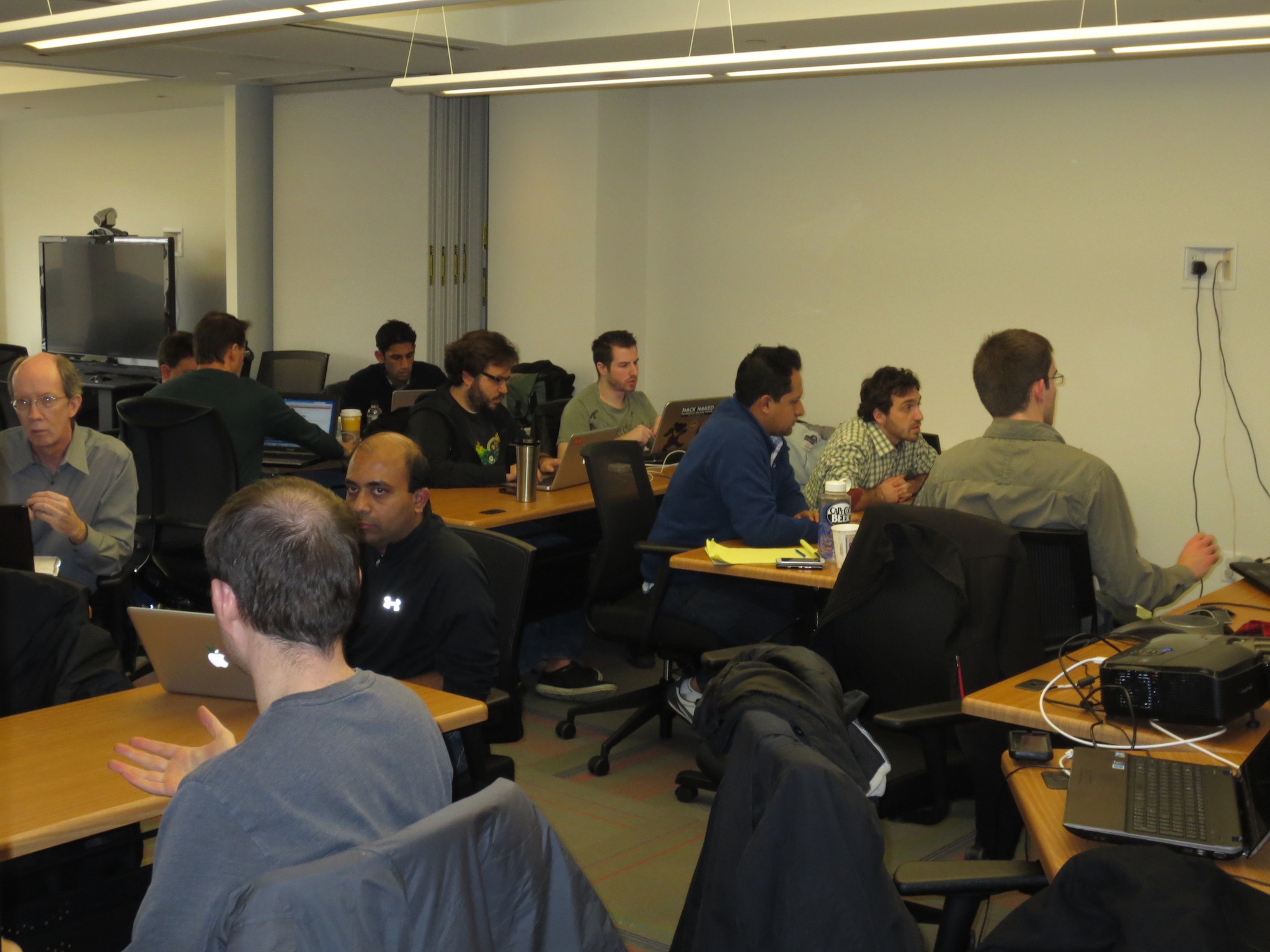 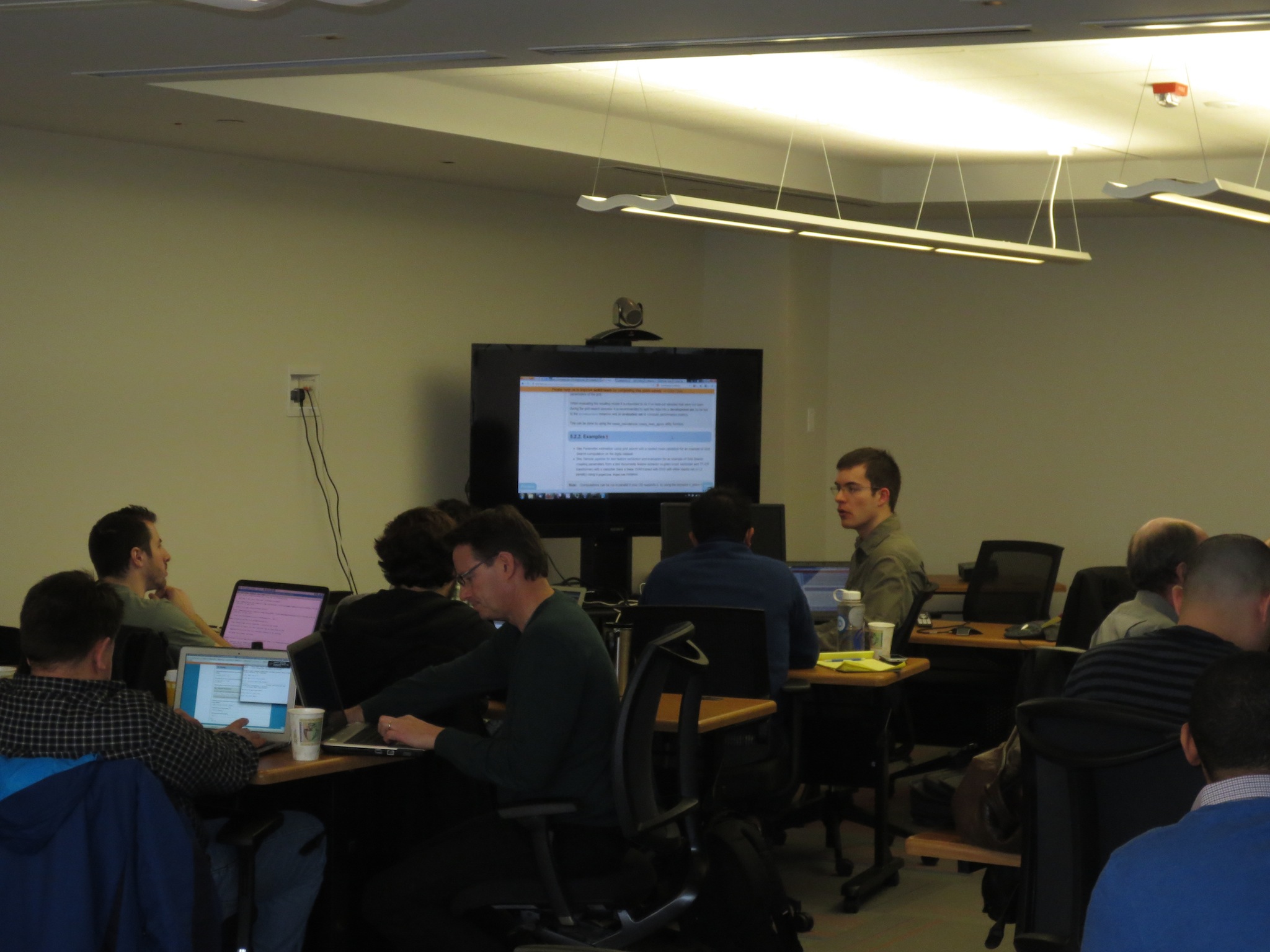 Displaying and discussing documentation for scientific and data analysis. 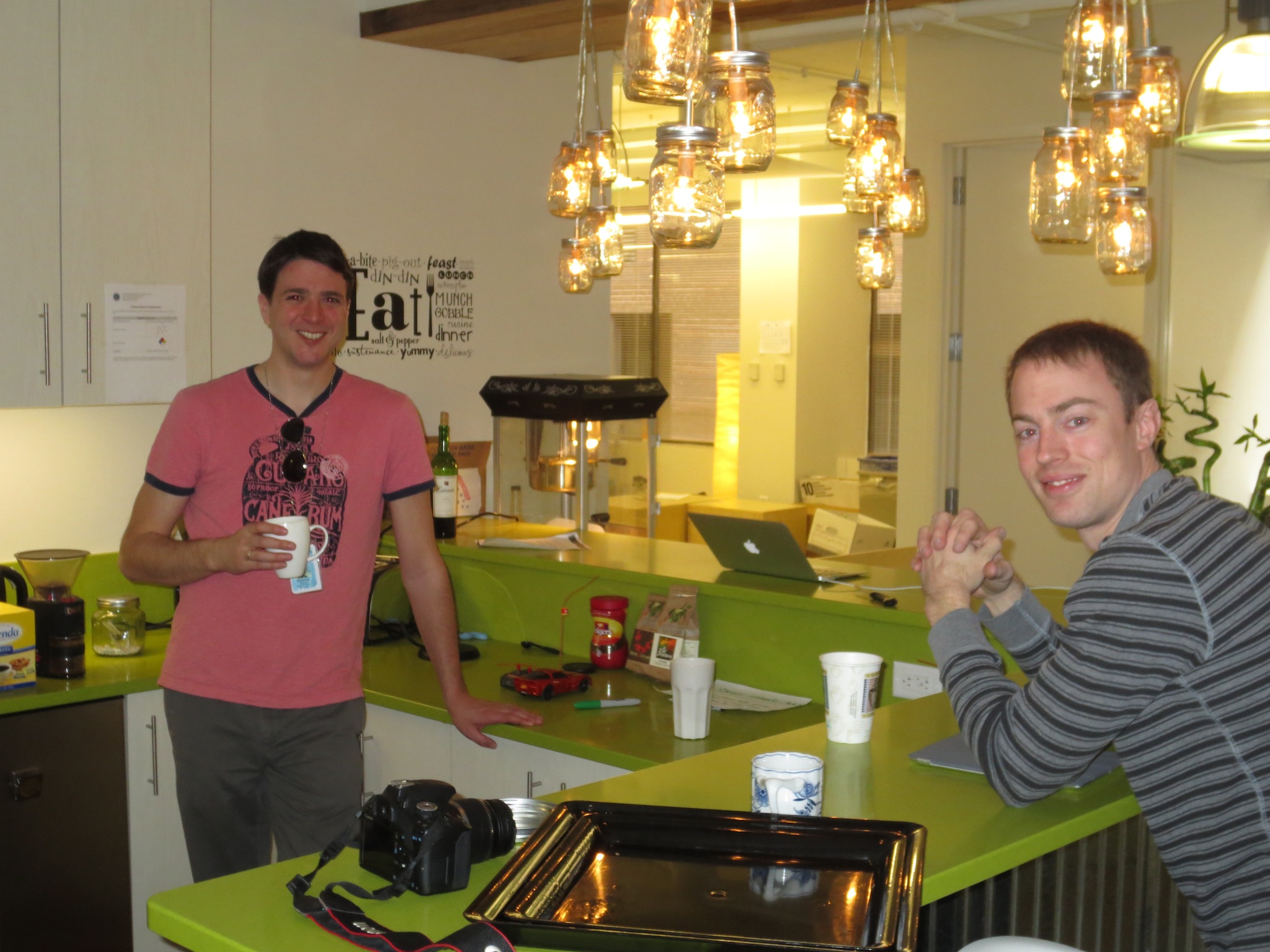 Thanks to Ryan Day, Josh Ginsberg and SocialCode for organizing the event and providing us with an awesome space for the day.