Antengo logo in their office.

In July 2010, Marcus Wandell (@antceo) and Hunter Jensen launched their mobile app called "Anttenna." They relaunched and rebranded to Antengo a few months later in September 2010.

Antengo is a mobile-first company, meaning they design and implement their product to have a full experience on a mobile phone through their app. Some alternative products, such as Craigslist, were originally designed for the web and are therefore less convenient to use on mobile phones.

Antengo has native apps for both iOS and Android.

The backend services running on remote servers that store data and interact with the mobile apps are built in PHP.

In 2010, Marcus Wendell discussed his idea for a mobile-first classified ads startup with Hunter Jensen, founder of Barefoot Solutions. Hunter had prior interest in classified ad services having worked on ULoop and Barefoot Student. He agreed to help Marcus build the app that became Antengo in exchange for equity. 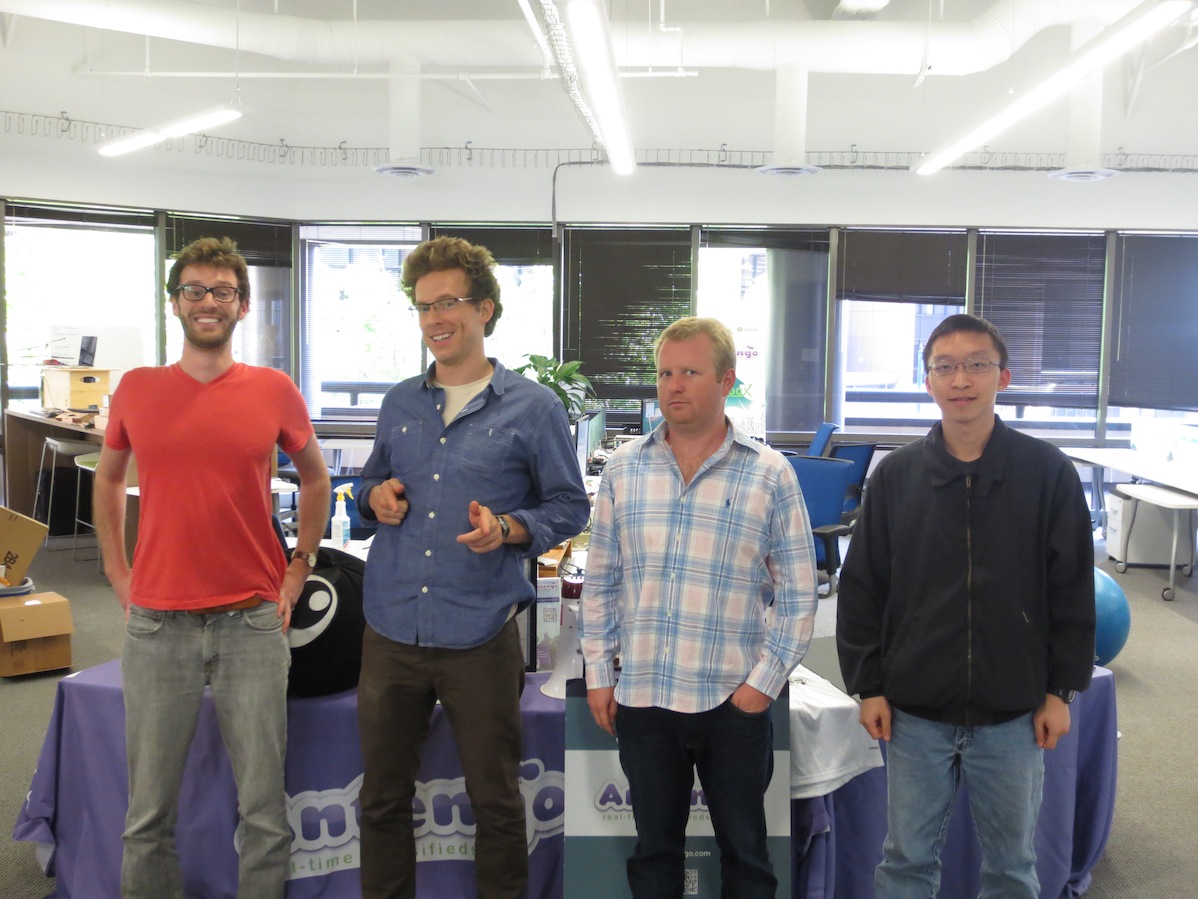 Antengo is one of several companies based out of the EvoNexus incubator in downtown San Diego, which is partially funded by the city. It's great to see free office space offered to qualifying startups since their capital is limited and should primarily be spent on building a great team. 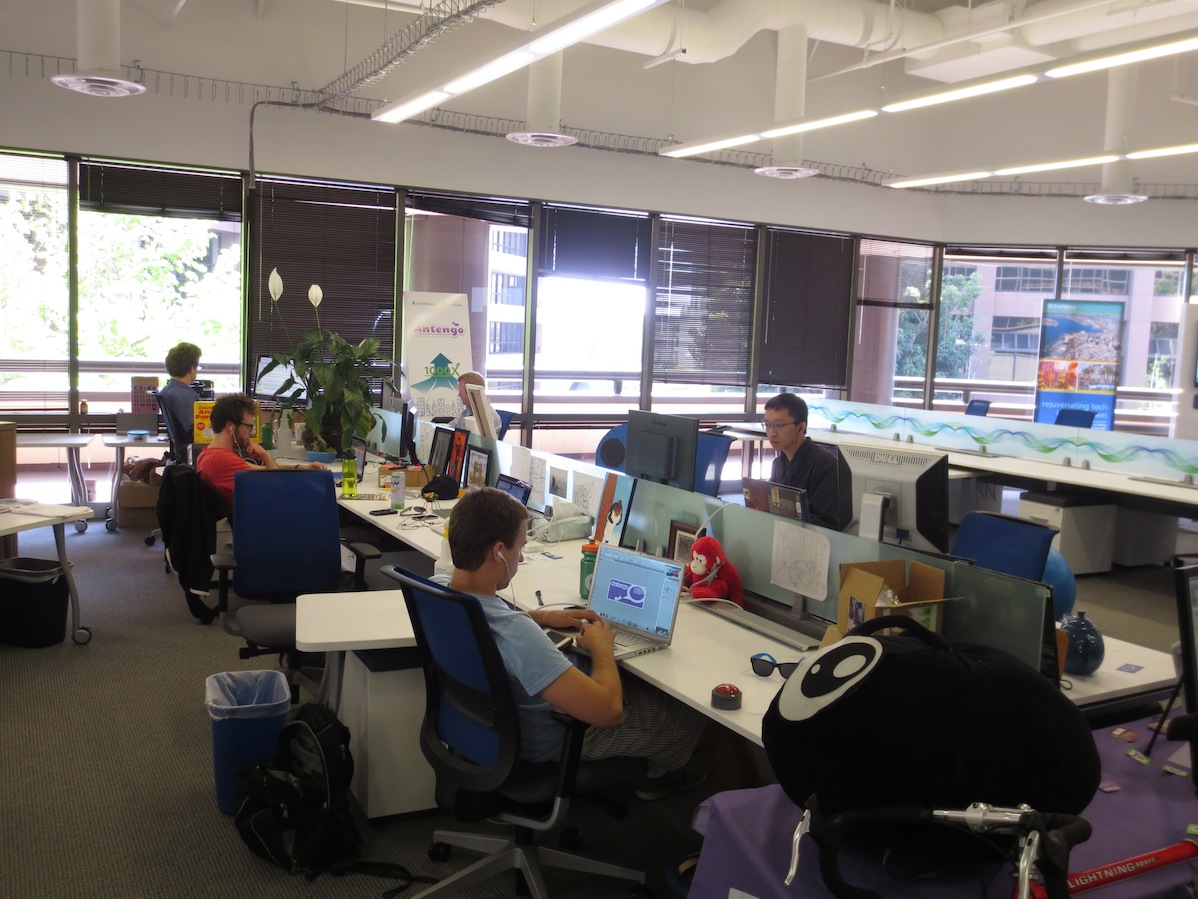 The Antengo team at work in their corner of the EvoNexus space in downtown San Diego.

Check out Antengo's location-based mobile apps in the Google Play and Apple App Stores. You can also find out more information about these guys in these articles on TechCocktail, TechCrunch, and Xconomy.